You are here » Videos » The Hidden Origins of Love Relationships

The Hidden Origins of Love Relationships

The video in a creation of "The School of Life" YouTube channel, and analyzes why in love relationships we don't to get together with just anyone, but have strong types that we choose even if our partners tend to make us really unhappy, or we make them unhappy. 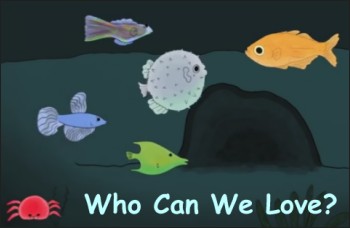 [0:00] One of the strangest things about relationships is that we're not free to feel attracted to just anyone: we tend to have very strong psychological types that we can't deviate from. All of us carry inside us very specific inner shopping lists, defining what the people we can love need to be like as characters.

[0:18] You might think these shopping lists would be focused around lovely requirements, like that our potential lovers would need to be kind, understanding, friendly and from our age and social group, but the shopping lists are in fact often a lot weirder and darker.

[0:30] We may end up neglecting all sorts of potential candidates dismissing them as boring, or yucky, or somehow just wrong, and heading straight to people whose characteristics are pretty awkward and not conducive to our happiness.

[0:45] For example, we may only be able to fall in love with people who are much less clever or responsible than we are, or who really are unreliable, who are selfish and self-absorbed, or sarcastic, and mean.

[0:58] It can be very puzzling to those around us, and to ourselves: why on earth can't we settle down with people who are good for us? That's because what we're looking for in love isn't necessarily someone who is nice, pure and simple, but someone who feels familiar.

[1:12] And a lot of us learned about love in childhood at the hands of people who were in a variety of ways trouble for us and who continue unconsciously to guide our love types.

[1:26] Our earliest caregivers give us templates of what it is to love and be loved, which can cause havoc with our chances of happiness. The trickiness in our love types tends to go in one of three ways.

[1:40] Let's imagine dad was cold or violent or abusive, or mom was belittling, unavailable or controlling. It was horrible, yet that ends up being what we look for in love.

[1:46] Why would we ever repeat something that was deeply uncomfortable? Well, because even though it was horrible it was still a love relationship.

[1:57] There was abuse but also, let's imagine, a degree of familiarity, admiration, attachment, and even tenderness. They may have been belittling, but it's what we got used to.

[2:06] And now, however illogical it sounds, it doesn't quite feel right unless it's kind of awful as well. It's not nice as such, but it feels comfortingly, compellingly familiar.

[2:20] Or, imagine we experienced first-hand what it was like to be made feel terrible, to be humiliated and hurt. And then, weirdly, we may end up doing the same thing to someone else, humiliating them in turn, bossing them about, going cold on them just when they're vulnerable to us.

[2:34] It's as if a primitive part of us thinks that the only way not to be abused is to be the abuser. Deep inside, the childlike emotional self thinks the person who did that thing to me was, in a way, the opposite of me, and that must be the place of safety and that's who I want to be in any relationship.

[2:55] When parents cause us trouble, we're often so keen to get away from it we develop blocks around all kinds of character traits they may have had, which might actually have been good and actually unrelated to the troublesome traits.

[3:07] So, for example a father might have been belittling but highly intelligent: now, regrettably, anyone intelligent can seem hugely off-putting.

[3:15] Or, we always felt our mother was somehow revolted by sexuality, ours especially, but she was really warm and cuddly. Now, sadly, anyone who's warm and cuddly is imagined to be punitive around sex, and hence feels wrong and has to be rejected.

[3:32] Our inner love maps are really hard to tease out: they certainly don't spell themselves out, so we have to make efforts to find out what they're dictating, so as to free ourselves from their demands. The investigation starts, as always, by trying to understand ourselves.

[3:47] What did I suffer from at the hands of my early caregivers? Am I finding myself drawn to that in adults I fancy? Am I causing trouble for people in ways I might have suffered from when I was young?

[3:57] Am I putting off certain people because they have traits I associate with people who caused me difficulties as a child? Might I, in other people, find the traits I like without the ones I fear? Emotional health means expanding on the number of people we're free to fall in love with.

[4:15] We learn about love in childhood, but we liberate ourselves from the traumas of childhood when we realize we can love in different ways, and get used to something that may at first be eerily and challengingly unfamiliar: being happy with someone who is properly and deeply good for us.